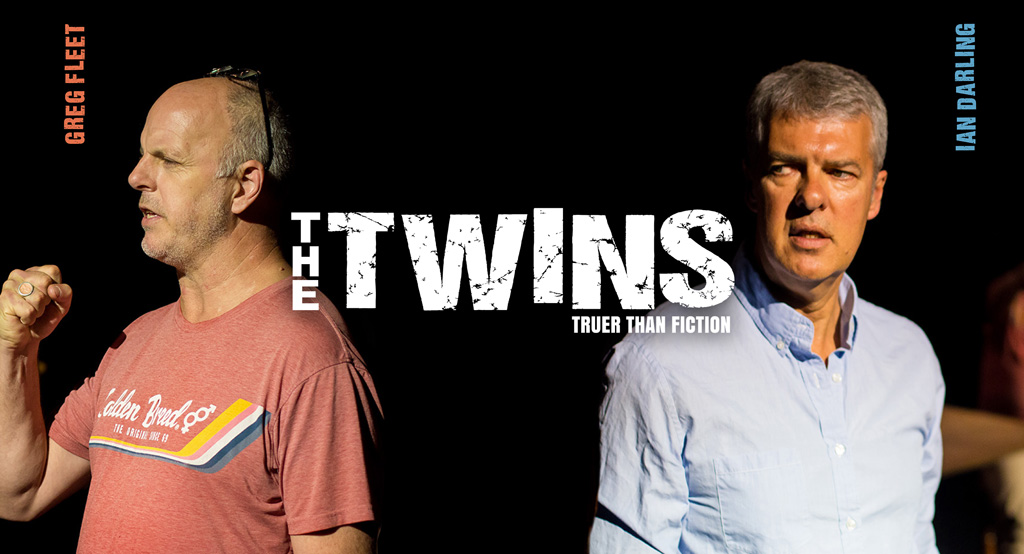 In 2021, THE TWINS play premiered at the Adelaide Fringe, and then toured to Sydney, Kangaroo Valley, Canberra and Melbourne. This film captures one of those 75 theatre performances.

The film of THE TWINS is a heart-breaking and hilarious story‚ about trust; remembering; loss; regret; love; pain and glory. Two old school friends (Greg Fleet and Ian Darling), come back together, forty years after playing the twins in Shakespeare’s The Comedy of Errors to rework it as a a two-hander, but something gets in the way.

Their lives took different paths; now reunited, who is playing who? Are they who they say they are and should any of that matter? Once you’ve let go of your dreams, is there ever really any way back?

This film of The Play is about fathers and their shadows, the labels we pin on others and ourselves and the burden and guilt these two friends carry as a result. There’s a lot of water under that bridge.

An achingly honest story that sees privilege and heroin joined at the hip.